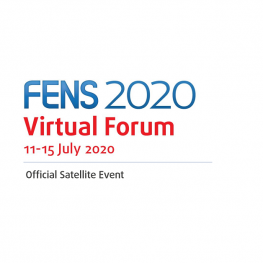 Neurodegenerative disorders are relentless progressive diseases and produce caredependency as well as important health-related public consumption. So far, we don’t know the cause of these disorders and then there are not successful treatments available and some of the drugs used on symptomatic treatments, over time universally become ineffective. Thus, the

Neurodegenerative disorders are relentless progressive diseases and produce caredependency as well as important health-related public consumption. So far, we don’t know the cause of these disorders and then there are not successful treatments available and some of the drugs used on symptomatic treatments, over time universally become ineffective. Thus, the need to develop more effective treatments for the neurodegenerative disorders is widely recognized, however, as we don’t still know the ultimate cause it is difficult to prevent these diseases. Moreover, as the degeneration progresses, patients become more and more dependent of the family as well as of the social security, and the truth is that for these diseases there is currently no cure. The pathogenesis of different neurodegenerative diseases, such as Alzheimer’s (AD), Parkinson’s (PD), and Huntington’s disease (HD), shares several common features. One of these is the abnormal accumulation and aggregation of disease-specific proteins, which is suggested to lead to neurodegeneration. Recent evidence also indicates that the aggregated proteins may spread from one cell or brain area to another and function as seeds to instigate protein misfolding and aggregation in these previously unaffected cells or areas. Genetic mutations or different environmental factors, such as oxidative or metabolic stress, have been suggested to promote protein misfolding and aggregation in different neurodegenerative diseases. In fact, the combination of genetic mutations and environmental factors can induce protein misfolding and aggregation; however, the exact underlying mechanisms of protein aggregation in different neurodegenerative disorders are still not completely understood.

The degeneration factors together with physiological aging and other factors involved in the pathogenic mechanisms underlying these neurodegenerative disorders (such as inflammation and oxidative or metabolic stress and pathogenic disease-associated mutations) could play an important role in determining the onset and progression of the disease and finally causing widespread neuro degeneration in specific brain regions. Then, this satellite event looks for discuss the multiple mechanisms of neurodegeneration in different diseases as well as to analyze the possible causes of the cell death progression. This may provide novel opportunities to better understand disease pathogenesis and subsequently to identify new disease biomarkers and therapeutic targets for an earlier diagnosis and treatment of patients suffering from different neurodegenerative disorders. The speakers will be able to discuss offering their expertise in several fields of neurodegeneration and all together can explain to each other some causes of the gradual progression of the disease pathology in the brain over time.