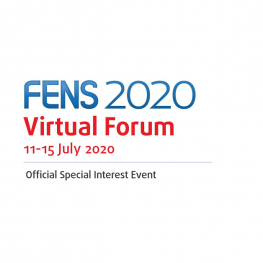 A play by Brian Daniels exploring the impact of early-onset dementia and family life. Where does love end and duty begin - or does it?

Organised by FENS. The play will be pre-recorded.

When Brian Daniels, the author of the play attended the 50th birthday party of his friends Irene Heron and Rachael Dixey, in 1997, he remembers it as a joyful and exuberant event. Nobody then could have guessed that ten years later the vivacious and theatrical Irene would be developing early onset dementia and fifteen years later she would have lost her functioning powers, be in a care home and she would die aged 66 in 2013.

Her partner of 25 years, Professor Rachael Dixey wrote in her journal every day about the challenges of living with a partner who had dementia. She asked Brian to read the journal and he was then inspired by write a play about family life and early onset dementia.

Irene was cared for in a nursing home in Yorkshire. In the same nursing home was Chris Toulman. Chris and his wife Cindy had been married for over 40 years and were a devoted couple. Chris had never had a good memory but warning bells started to sound when he started getting into a muddle when doing the accounts of his garage business. He would sometimes do the MOT twice on a car, forgetting he had already done the work. Eventually he was diagnosed with dementia and in time went into full time care. His wife visited him every day, and all day, talking to him, feeding him and loving him. Chris died in his early 60s.

With the support of both families Brian embarked on writing these very personal stories. He wanted to explore through a play the way in which dementia impacts on the wider family and whether love ever becomes a duty.

The first ‘shared’ performances of the play were at the West Yorkshire Playhouse, Leeds and the play has gone on to have to date (November 2017) more than 150 performances throughout the UK and Northern Ireland. The play has also been filmed by Birmingham NHS Trust to help educate around the complexities of the Mental Capacity Act.